Skip to content
Cart
FREE SHIPPING ON ORDERS ON $100 OR MORE!
SHIP FROM USA All KPOP Merchandises

Red Velvet (레드벨벳) Is A 5-Member South Korean Girl Group Formed By SM Entertainment. Irene, Seulgi, Wendy, and Joy were the first four members of the group, which debuted on August 1, 2014. Yeri was added to the group on March 15, 2015.

The Members Are As Follows:

Red Velvet has received numerous awards for their diverse discography and "hook" songs, including the 2015 Golden Disc New Artist Award, the 2017 Mnet Asian Music Award for Best Female Group, the 2018 Korean Music Awards Best Pop Song for "Red Flavor," and the 2019 Asia Artist Awards Song of the Year Award for "Umpah Umpah." Forbes Korea Power Celebrity has ranked them as one of the most powerful South Korean celebrities (#11 in 2018 and #5 in 2019). Time and Billboard have labeled them one of the most popular K-pop groups in the world, and they are the sixth most-streamed K-pop artist on Spotify as of February 2020.

Country/Region of Manufacture: Korea, Republic of

version will be random depending on stock (usually newest version)

Actual photos may differ from the picture. Because it's time to replace it with a new picture.

Actual photo can vary depending on latest version.
However, Quality is guaranteed. 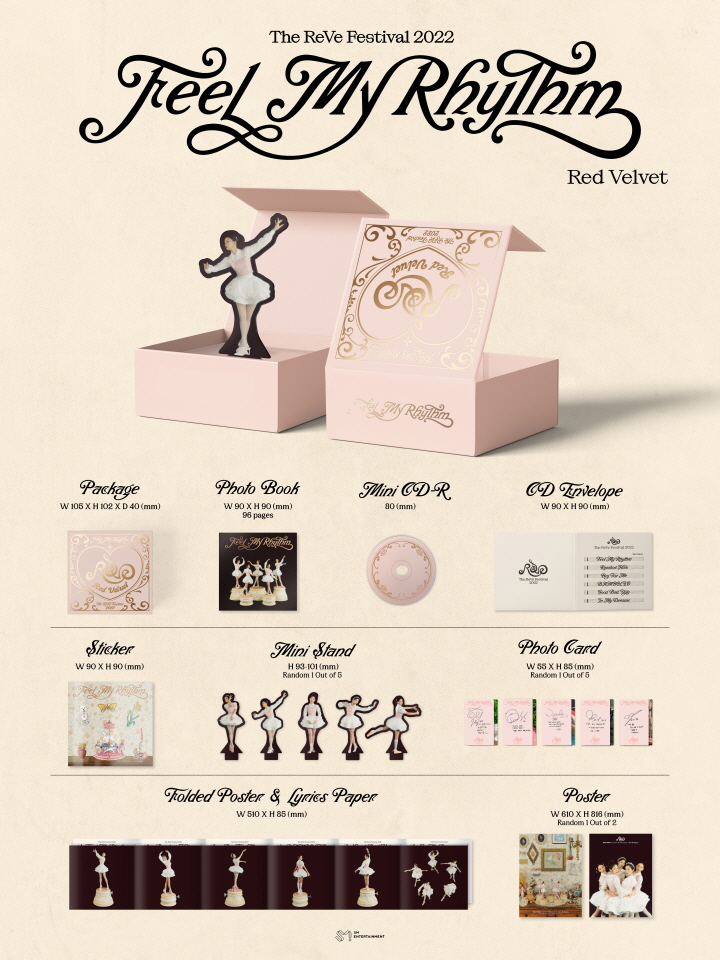 Actual photos may differ from the picture. Because it's time to replace it with a new picture.

Strong Adhesive on Smartphones and Tablets

No Sticky Residual After Detaching

*Actual photos may differ from the picture. Because it is replaced with a new picture.